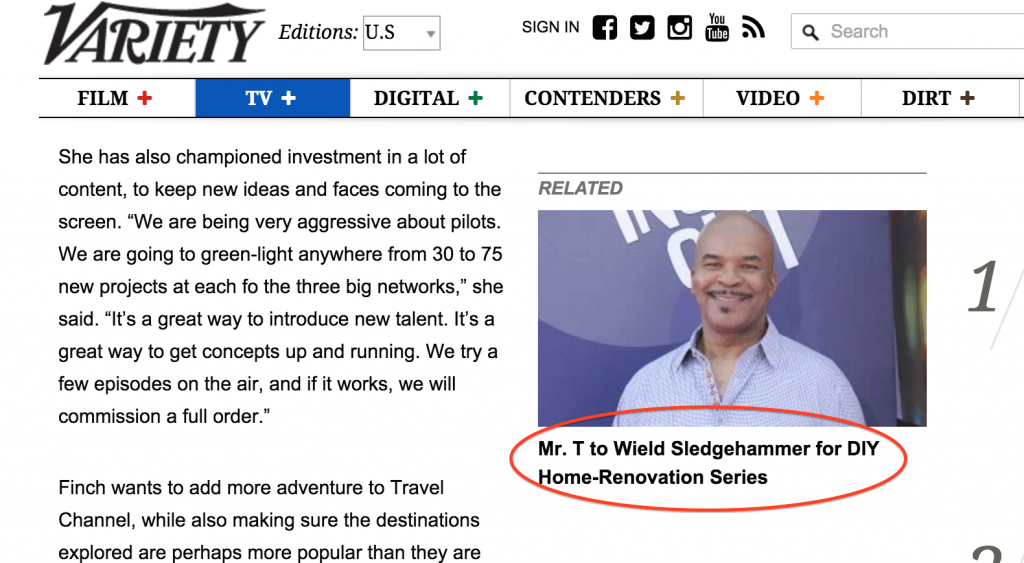 Variety’s website put up a picture of actor/comedian David Alan Grier with a caption meant for role model, Mr. T.

It’s hard to say if it was a human error or something is wrong with their Geosites site or something. But still, catch those errors. One guy has a very recognizable haircut, he’s pretty unique.

Let’s talk about the article, it was about Food Network trying to reach younger audiences by doing shows with comedians. Who are the bridges to the young kids? They hired the great Arsenio Hall and DAG. If by “Young” they mean 47 years old, then they did it! How old is their audience now? 100?