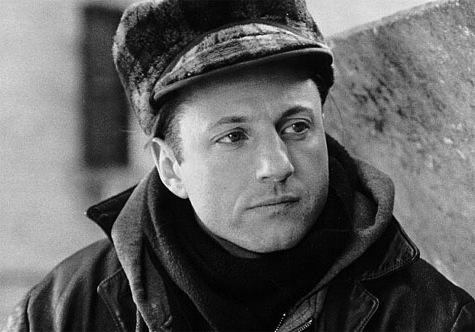 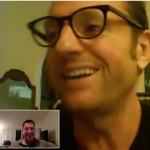 Filmmaker Eric Schaeffer makes a return visit (via Skype) to talk about his new transgender romcom “Boy Meets Girl.” Eric also discusses the failure of Kickstarter, Shooting Vermont as Kentucky, cyber sex with strangers and I bust him for ignoring what I told him to do when I produced him on a talk show.

His other works include, “Fall,” “After Fall Winter” and the TV shows “Gravity” and “They’re Out of the Business.”

Check out the screenings near you!

WARNING: THIS EPISODE IS DIRTY! TELL YOUR FRIENDS!

Boy Meets Girl is a tender, poignant, sexy, romantic coming of age romantic comedy about three twenty-somethings living in Kentucky: Robby, (Michael Welch, Twilight) and his best friend since childhood, Ricky, a gorgeous transgender girl, have never dated.  Lamenting the lack of eligible bachelors, Ricky finds herself attracted to a girl she meets in the coffee shop where she works. Francesca is a beautiful young debutante waiting for her Marine fiancé to return from the war. Ricky and Francesca strike up a friendship, and maybe a little more, which forces Robby to face his true feelings for Ricky. This is a sex/human positive modern fable and identification with its story and themes cross all gender and sexual orientation lines.

I’m passionate about breaking the mold of sexual and emotional convention in the pursuit of creating more unity in our increasingly fractured world. Being a ‘straight man,’ albeit one who admits to many things most straight men don’t, and living my life with a colorful spectrum of sexual and emotional tastes, desires and behaviors that don’t always seem to be accepted, I feel a duty to portray characters in my films who, like myself, admit to and accept without condition the parts of themselves and others that can be best described and must start being labeled as one thing and one thing only: human.  That is why I make any film. That is why I was inspired to make this romantic comedy.  I hope it’s meaningful to you. Peace and All Love, Eric

Here’s the first interview with Eric. The Director of “If Lucy Fell” and “My Life’s In Turnaround,” Eric Schaeffer, talks about life as an indie director. How he went from cabbie to indie darling and back again. (Not really back, but it sounded good.) He addresses The fall out he had with his partner and the reunion. Also sex in his films, casting and we even get a cameo from his mom.
Eric Schaeffer and Frank Conniff live talking about “Birdemic.”