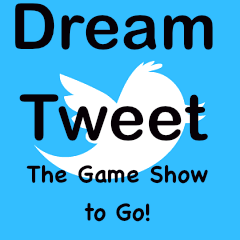 Neal Brennan (Co-creator of “Chappelle’s Show”) goes cap to cap with comedian Prescott Tolk. They entered our Dream Tweet Mobile Studios which was in a parking garage in Santa Monica. The players were just in time for the shift change and janitors wheeling really loud trash cans back and forth. It was like the running of the bulls, but loader.

Here’s how the game works, host Jonathan Corbett (“Dream Tweet”) reads three tweets from a celebrity. Two are real and the last one is fake. The contestants have to guess who wrote it. The winner can get up to $25 worth of food from Skooby’s Hot Dogs in Hollywood.

Play along at home.

https://media.blubrry.com/proudlyresents/p/proudlyresents.com/media/prp046.mp3Podcast: Download | EmbedSubscribe: Android | Google Podcasts | RSSSolarbabies was produced by Mel Brook’s film company. Comedian Christian Finnegan (“Best Week Ever”) joins us to talk about that classic 80’s post apocalyptic thriller… no not that one… the other one…no other other one…  “Solarbabies!”  Watch the movie here. “Solarbabies” is film where orphans roller skate […]

Racist Game Show Answers That Will Leave You Shocked

GSN aired a rerun of game show that went from “Ho hum” to “What the heck?!?!” On “Lingo” you have to figure out what word the computer is thinking of by taking guesses. But it seemed like the computer knew who was playing and wasn’t happy about it. Two couples compete against each other. I assumed they were couples. […]