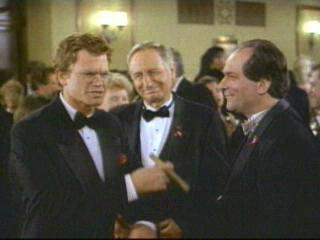 The man behind Letterman – Robert “Morty” Morton talks about “The Late Shift” which is based on his time during the Letterman/Leno feuds. Morty gives us insight to what it was like to be on the front lines of the backstabbing of the late night wars.

Also, Morty chimes in on who should replace Letterman and Leno if they are ever to retire.
Today’s show is part one of an interview with Morty.

You can watch the movie on Amazon (we get a cut).

Listen to part two where Morty talks about a cranky Regis, a crazy Kath Lee and who should Co-host with Kelly. Plus get behind the scenes of the Letterman/Bill Hicks story and hear how Tom Schneider busted Morty on air .  Bonus: We’ll tell you who  Tom Schneider is.

Related: Talk show vet Todd Yasui reveals the softer side of Helen Kushnick and Jay Leno. PLUS! Exclusive Bill Cosby behind the scenes!

Robert “Morty” Morton is an American television producer most notable for his work as a producer and later co-executive producer of the NBC program Late Night with David Letterman.

Morton went with Letterman to CBS in 1993 to serve as executive producer of CBS’ Late Show with David Letterman, but left the show in 1996[1] after trying to move the show to ABC and upsetting Letterman as a result.

Since leaving the Late Show, Morton has produced several programs, including Drew Carey’s Green Screen Show, The Wayne Brady Show, Over the Top, and Mind of Mencia. He returned to late-night television when he took over as executive producer forLopez Tonight on TBS in 2010.[2]

He is a 1975 graduate of American University (Washington, DC).