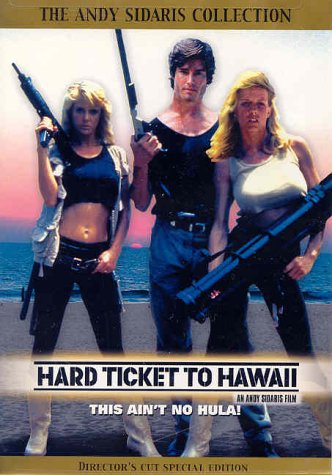 “Just when you thought it was safe to take a pee”

Boobs, bombs and bazookas, throw in a killer snake (puppet) and this movie has it all! It’s “Hard Ticket to Hawaii.” Joey La Penna, Grace Kladstrup and Jim Conroy join me to take apart this cult classic. Jim also breaks down the the business of voice over acting and what movies are worth waiting for the end of the credits for. Take a listen to a funny episode above and watch the movie below.

From iTunes:A Hawaiian drug kingpin plans to flood the islands with narcotics financed by illegal diamond shipments to his private retreat. When his henchmen kill two DEA agents who were trying to stop the drug lord, the Agency sends in two of its best agents to break up the drug ring and take out the leader.