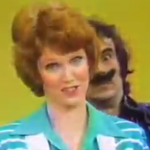 Eric Idle, Graham Chapman, Michael Palin and Terry Jones and Terry Gilliam take over a 70’s American morning show to promote their movie, “The Holly Grail.” (Starts about 1 minute in) They are the “co-hosts” for the hour.  They try to read prompter and by the end of they are tearing the studio up. 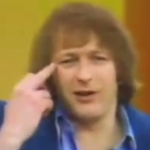 The host seems to be having fun. The late Peter Jennings is having none of it. He seems pretty annoyed. Maybe because Chapman sneaks a middle finger on air.

There’s also an extra long clip from the movie.

The end credits play straight while the Python guys are tearing apart the set and attacking the host.

Say No more! (Video After the jump)