Being from NJ myself, I had to make sure this movie was treated properly. So I also got Eric “Danger” Nienhaus to join us. Eric is so Jersey, he says “yup” and chews with his like a cow. If you didn’t know, chewing like a cow is our state song. You got three people from New Jersey and one native Angelino discussing Zach Braff’s first (and thanks to the fans, not his last) motion picture.

LOST EPISODE: This was recorded a couple of years ago when I started this podcast. I didn’t release it because I didn’t think it was professional enough. It wasn’t done the way I thought the way it should be. Eric called me recently and told me he just listened again and it was hilarious. OK. I lost the original, so I had to wait until I could get it from Eric. There’s also an additional hour of the show with Eric, Marilyn and myself. I’ll you want I’ll put it up on the iTunes for ya. 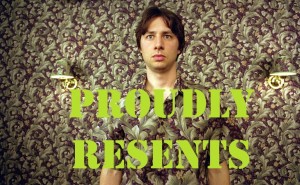 Eric and Marilyn used to do a daily two-hour live podcast from their apartment. On “Retro Radio Live,” they would have on older celebrities. The type you would find at an autograph convention. They had a lot of guests like Loni Anderson, the guy from Star Trek, no not that one, the other one, Michael Madsen and Sterling Bowman. Who’s that? He’s the young heart-throb who played young Linus on “Lost.” We play music from his debut album.

Check out the “Retro Radio Live!” website to see who you might be interested in hearing from. It’s a regular Who’s Who’s of Who was that?