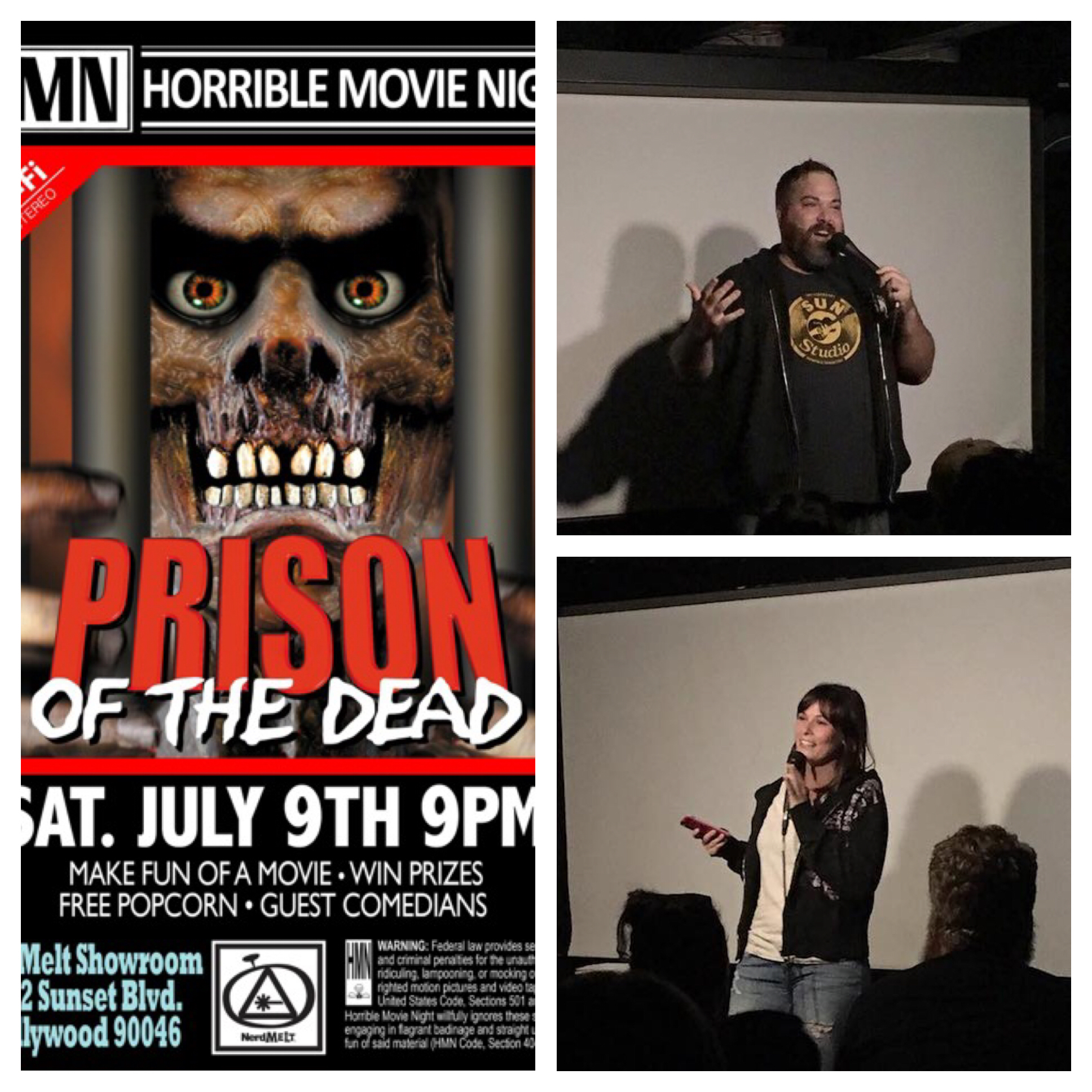 I went to Horrible Movie Night with a couple of microphones to watch “Prison of the Dead” and get some real time reactions. Comedians Dave Stone, Lisa Best and HMN co-producer Aaron Baker weigh in on this junk fest of a film.

Listen to a different format for the show. Let me know what you think!

ABout the film from IMDB:

Kristof, an eccentric rich kid, tricks his high school friends into getting back together for a reunion of sorts, under the pretense of a funeral. The group of twenty-somethings is forced to spend the night in an old abandoned witches’ prison. During a Ouija Board séance, th 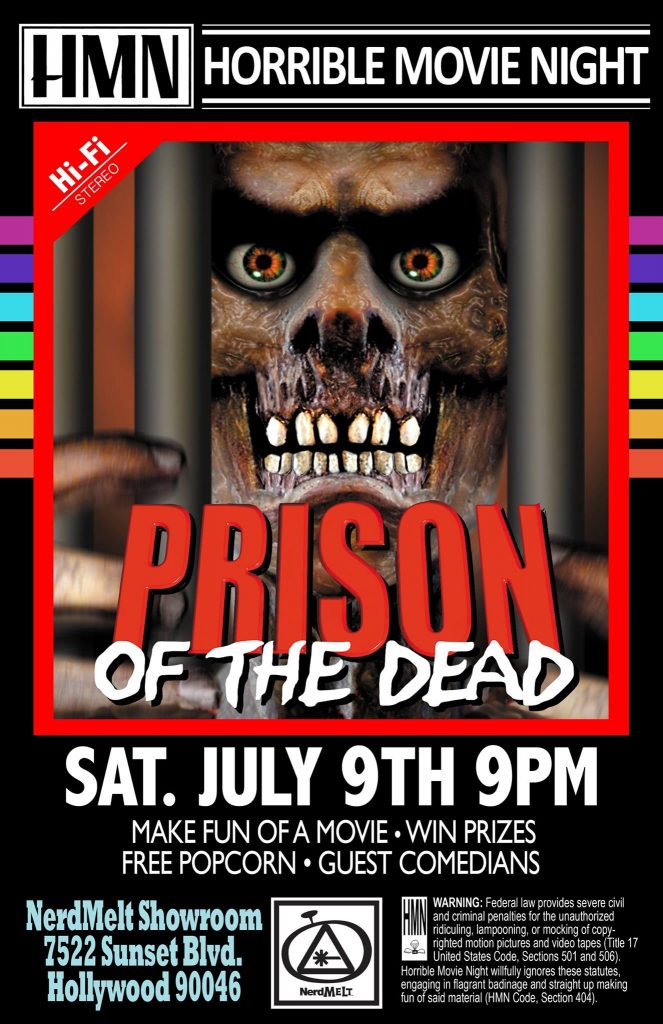 e schoolmates accidentally unearth three dead executioners from their graves. A little confused, and quite a bit angry, the Crypt Keepers initiate a killing spree that will only end when everyone is dead. Fortunately, the schoolmates all wore black. Too bad it’s for their own funerals… Written by ImortalKandy <imortalkandy@aol.com>

I will start off by saying this is indeed the worst film ever made.The story if you can call it that,is some guy that looks like he is straight off of beverly hills 90210 pretends he is dead and sets up a fake funeral at a castle.His friends show up and he gets up out of the coffin laughing.they get p***ed,and he tells them they can win a million bucks.All they have to do is find the “talon key”.So they all agree and hold a seance.One girl gets possesed by a cartoon wavy thingy and starts speaking latin.As it turns out the castle was an old witches prison and the cartoon thing was one of there spirits.This somehow wakes up three hunch back/executioners and they rise from there graves.and they repeat the scene of them getting out of the ground about 15 times.From then on everyone wanders around and a cartoon thing goes into their mouth and they just stand still and say “Sutra,Sutra,Sutra” then the 3 hunch backs come and the victim says “ah the executioners” then you see the weapons raise and a squirt of blood goes on the person.Then later when you see the bodies the wounds and blood have magically vanished!It doesnt remotely make sense however it is not as bad as bloodstorm.anywho the people just all get killed without resisting at all.It is the worst movie ever made avoid it at all cost.For anyone who has seen it I recomend flushing your eyes out with acid.And then there is the great quote “I never had sex with a zombie before,is this gonna hurt?”In closing I would like to say if I made this movie I would most likely put a bullet in my head.