Tim Sudano Vampire/private eye film – “2nd Chance” is reviewed by Adam and Joe. The movie has added sound, narration for no 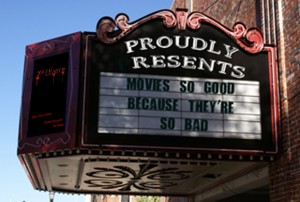 reason and a confusing plot. But the awkward writing really makes this a must-see.
Can a San Fran filmmaker take on Hollywood with a video camera he borrowed from one of the actors? No, not this guy at least.
I found him when Tim Sudano went on a local podcast and said that Hollywood doesn’t do anything original…then he talked about his vampire film. The reviewer went nuts.
Here’s the link to the podcast (12 minutes in the host calls him out).
http://mediayenta.blogspot.com/2007/10/oh-holly-crap-i-picked-bunch-of-new.html
This is my first podcast yo! yikes!

Oh, holy crap! I picked a bunch of new podcasts to listen to. this one is theater cast from SF.

Apparently, Hollywierd is too dumb to recognize good art so Michael Rice interviews the best of the unknown to give them exposure.
You know, kept down by closed mined Hollywood that only wants things that make money like sequels and the possibility of an audience… This guy Rice is interviewing is so fucking clueless. I think it’s a joke, but the director has a website and a trailer.

It feels like a bit on “Best show on WFMU with Tom Scharpling .”

Rice talks about how Hollywood and Broadway has nothing original and then presents this pioneer. Tim, the pioneer, agrees and tells of his many rejections. Finally, he describes the movie. It’s a detective/vampire/alien story.
listen here The podcast keeps getting better and better. The host finally loses his shit and then kisses the guy’s ass again.

From the “Cool as Hell Theater show” website:
Tim Sudano thinks his company should be the “go to” company for theater and film in the Bay Area. Sudano has recently produced a film called Second Chance, about a detective, bitten by a vampire, who rises above the situation because Tim Sudano is an alien. What the hell???

This is why I love SF, they are clueless to the real world. This has to be a joke. Don’t say people turned down your stuff b/c they are closed minded. They might just not like it.
Here are some more interviews with the cast.The director says the movie is going to be better than the first Star Wars Trilogy – that’s my first clue that this is all a joke. But so much work went into the website and trailer. I also want to believe it.

No one is required to put up your show or see your movie. Yes, when you pitch a project someone might wonder if they will make their money back. Why not? And what’s wrong with turning a profit. 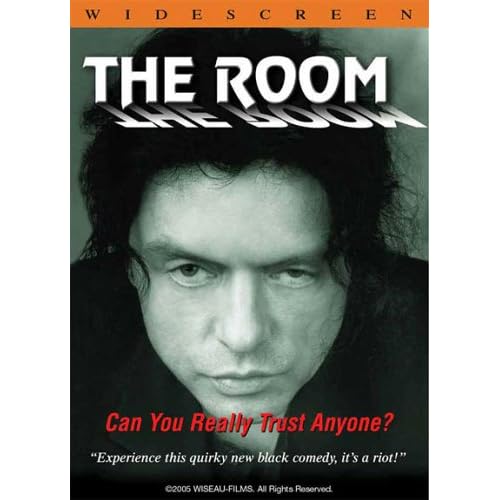 Anyway, I can’t tell if this is a joke or not, but let’s hope it is a joke- otherwise “The Room” might have a run for its money.