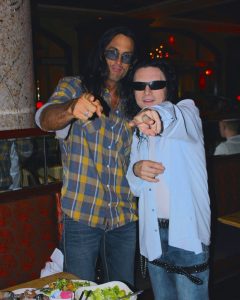 Matt Hannon went from being Sylvester Stallone’s bodyguard to movie star in just 27 years. In 2004, a film canister containing an unreleased 1991 movie was discovered in storage. The buddy film “Samurai Cop” was plagued with terrible dialogue, bad acting, and questionable continuity. Scenes from the movie went viral which was followed by sold-out midnight screenings across the nation.