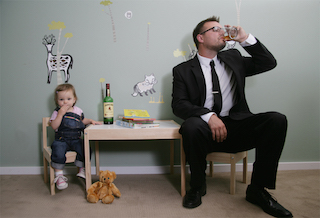 Air-Raid is no more.  Today I’m talking to podcaster Aaron Roden. For the past 5 years Aaron was the host of “Air­-raid.” a super cool music interview show out of Seattle.

I know him because he’s in my facebook group “the Independent Podcast Alliance.” a group for people who do shows out of their kitchens and basements. he recently posted that he was stopping his show. I was bummed and asked him to come on the show and talk about his show. I know this has nothing to do with movies, but Aaron’s an interesting guy and this

In the past 5 or 6 years I’ve been doing this show, my life has changed and made it harder to spend as much time on it. So i’ve
thought about ending. There have been long stretches between episodes. Which was something i availed for years. But I still have more episodes in me before i pack it up and spend time with my daughter.

The Tommy Wiseau Interview We talked about on the show:

From his About page:

The Air-Raid podcast launched in the summer of 2010 after host, Aar

on Roden, an avid podcast listener, had an epiphany—he likes to talk and he has some great friends with interesting stories. Why couldn’t he have his own podcast featuring his friends as guests? Originally intended as a something

Drinking in the Studiothat Aaron (Air) and wife, Mairead (Raid) would co-host, the format quickly changed when Mairead sat in front of the microphone and realized that dead air doesn’t make for good fake radio. She decided to switch her focus to behind-the-scenes work.

Air-Raid wasn’t Aaron and Mairead’s first joint venture. In 2008, the pair briefly contributed to a dueling music blog. The blog lived on MySpace as “Larry vs. Mary” and served as a medium for Aaron and Mairead to fight about music reviews. The blog was short-lived, but served as a necessary stepping stone to podcastery.

As Air-Raid gained momentum in its second year, Aaron augmented his guest pool with entertainers. The show morphed into a musician/comedian talk show, delving into life stories and journeys to the present. Guests range from comedians like Dana Gould (The Simpsons, Seinfeld) and Pete Holmes (Ugly Americans), to

Souse and Seussmusicians such as John Roderick (The Long Winters) and Eric Early (Blitzen Trapper). Despite the change in focus, Aaron still finds time to discuss vital podcasty things, like farts.

In the summer of 2011, Air-raid joined other Seattle podcasts on the Noizbeam Network, a product of Fisher Communications. After Noizbeam disbanded in early 2012, Air-raid joined the ranks of mynorthwest.com and KIRO radio, where it now resides.

Thanks to Aaron for coming on the show. Go check out more episodes of his show Air-Raid. if you’re a podcaster, join the independent podcast alliance.

We have a sponsor ­ buy cool movie t-­shirts at a great price! I went through busted tee best shirts and picked a few i think you’ll love. Or you can browse through their shirts! Great for you a cool gift.
Go to proudlyresents.com/shirtsFor your gift needs or shirt needs, go to our busted tee webstore proudlyresents.com/shirts.
If you can leave a 5 star review on itunes, that would be awesome. Tell a friend about the show. Eat your vegetables.