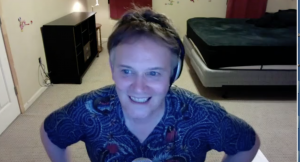 Dan Miles. Host of “Friends of Dan Music Podcast.” Fan of the seeing the big picture, but not being bamboolzed.

Christopher Guest either directed “The Big Picture” or “Bamboozled.” Not sure which.

About Guest’s new Netflix deal (directly from Deadline.com)
First Adam Sandler, then Brad Pitt and now … Christopher Guest. Yes, the man who brought you Best In Show, A Mighty Wind, For Your Consideration and The Big Picture — and starred in This Is Spinal Tap — is taking his satire to a streaming service likely near you. Netflix said today that it will host Guest’s next film, Mascots. Details are sparse, but it is set in the world of mascoting — and if his previous films are any indication, it likely is a cutthroat world. To wit: “Welcome to all the drama, intrigue and occasional excitement of the 8th World Mascot Association Championships, where a group of ‘unusual’ men and women, with big heads and furry suits, compete to win the prestigious Gold Fluffy Award and be crowned best mascot in the world.”

About “The Big Picture”

“The Big Picture” is the 1989 Christopher Guest movie starring a 31 year old Kevin Bacon as a film grad entering the the dog-eat-gluten free-dog world of Hollywood.

Dan tells the story behind the scenes of this Christopher Guest Film. It’s crazier than the fiction Guest created. Dan came on the show to talk about “The Big Picture” and he’s ready for 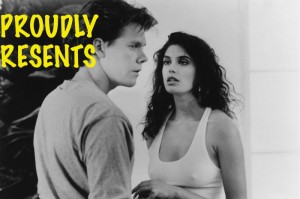 it! He has
great insight about the film.

Nick Chapman graduates from film school, and his short film wins a special prize. This gives him a high enough profile that he can get Hollywood to back the film he has long dreamed of making. Studio exec Allen Habel is interested. But Nick soon is seduced by Hollywood and makes one concession after another until his original movie is lost altogether. Worse, Nick is lost, too, turning on girlfriend Susan and old buddy Emmet. Will he come to his sense before everything is lost?

During filming they rented a luxury house for three days to shoot in, not knowing that actor Charles Bronson had just purchased a home across the street. Before the three days were up the crew had managed to kill Bronson’s cat by accident. The story is related in the book “I Killed Charles Bronson’s Cat”, written by the movies location manager Barry Gremillion. (imdb.com)

Spike Lee’s “Bamboozled” (2000) lampoons the racism that still infests the film and TV business today. I loved “Bamboozled” when I saw it the first third and tenth time. But it has many flaws and we talk about them and why it stays with Dan.

Dan has been hosting “Friends of Dan Music Podcast” for five years. He tells us his best interviews and greatest moments. We also talk about the state of podcasting and the Facebook group I started “Independent Podcast Alliance.”