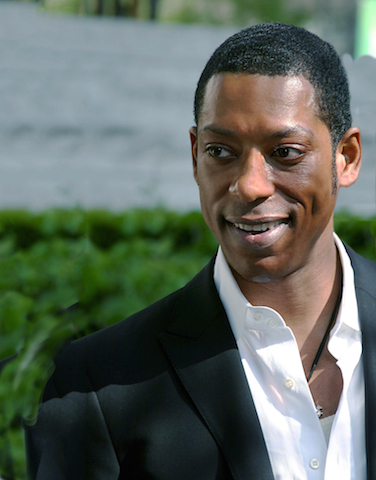 “Sleepy Hollow’s” Orlando Jones talks frankly about his films. From his star turn in “Double Take,” to his passion projects to fighting Van Damme. Jones gives an open and honest account of his career and how Hollywood works.

Check out his films – “Double Take,” “Bedazzeled” and his latest “Enemies Closer.”

During the hiatus from his hit TV series SLEEPY HOLLOW,Orlando is taking to the stage for his NOT Comedy Tour. (Not the little boy from Everybody Hates Chris. Not Solange Knowles. Not Orlando Bloom. Not the black Jeff Goldblum. Not Isaiah Washington. Not Mos Def. – these are people Orlando gets mistaken with often.)

•     He just CRUSHED his competition in round 1 of Zap2it’s Social Media showdown, advancing to bracket 2 (against Eliza Dushku) so vote for him here: http://blog.zap2it.com/pop2it/2014/03/zap2its-social-media-showdown-vote-for-tumblrs-round-2-bracket.html
•     Orlando recently produced a video to commemorate his 10,000 tweet and promote his Shorty Award  nomination: http://www.youtube.com/watch?v=yYtZPyw9hzc&feature=youtu.be
•     Orlando is launching iROC Emoticons, a multicultural emoticon app

•     Orlando has been invited to several colleges and universities to speak (including Stanford, MIT, USC, and more) – in particular on the topic of FANDOM. Orlando has huge presence on social media, and engages not only with SLEEPY HOLLOW fans (“Sleepyheads”) but with other series as well.