The saddest Christmas song ever was made into the saddest Christmas movie ever. “The Christmas Shoes” stars Rob Lowe, Dorian Harewood, Kimberly Williams-Paisley, John Dunsworth (“The Trailer Park Boys”) and a fabulous pair of shoes. Listen to  me and NPR’s Adam Felber (“Wait… Wait Don’t Tell Me”) via Skype from his backyard to talk about the this three hanky tearjerker and it’s sequel, “The Christmas Blessing.”

From IMDB.com: Two separate stories mesh – in the first, a young music teacher, Maggie Andrews, begins dying of a heart condition and her son Nathan tries to get a pair of Christmas shoes for her before she dies. In the second, lawyer Robert Layton and his wife Kate are slowly drifting apart and the matter comes to a head during Christmas when Kate takes over for Maggie for the school choir and declines a job in Robert’s firm. When Robert’s mother passes away, he begins to reconsider things and his and Nathan’s paths cross on Christmas Eve as Nathan tries to raise the money for the shoes and Robert tries to get a present for his daughter. Written by crow_steve@hotmail.com 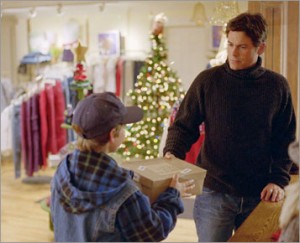 “No, I don’t recognize you, my old cap or those unique shows a brought to the store. My brain is reset between scenes.”

“The Christmas Blessing” stars Neil Patrick Harris as the grown up kid from the first movie. The problem is, they never bothered to recast his father, so the actors are roughly the same age. Rebecca Gayheart plays Patrick’s free spirited love interest – who gets really sick, but doesn’t die. Angus T. Jones (“2 1/2 Men” and carrier ending Youtube videos) plays a cute kid with a foot fetish and a week to live. “Doctor, what is it?” “I’m sorry to inform you, but your son won’t live past the third act of this film.”

Comedian Patton Oswalt has a very funny routine about the song “The Christmas Shoes” by the Christian rock group “New Song.” billybobjomes did a great job animating it for us.

Worst Baseball Movies Ever. Swing and a Miss!

https://media.blubrry.com/proudlyresents/p/proudlyresents.com/media/prp177.mp3Podcast: Download | EmbedSubscribe: Android | Google Podcasts | RSSWriter, director and podcaster, Paul Sullivan comes to give us the three (plus bonuses) worst baseball movies ever. Paul is the host of the daily baseball podcast, “Sully Baseball.” That show is going to hit episode #1,000 real soon. Buy Paul’s film “I’ll Believe You.” So […]