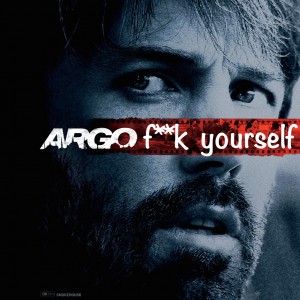 Not everyone is happy with Ben Affleck (Batman). An extra from the film “Argo” is pissed at Ben Affleck, and he can’t be silenced (Ok, he was when he had no lines… but that’s not the point here.  Tells Extra “Argo F**k Yourself”

Anthony Terracciano was a featured extra in Ben Affleck’s Oscar-winning movie, “Argo” and did not get any credit. So he’s going after Batman himself, Ben Affleck. Listen to an exclusive interview with the actor/filmmaker/activist. Anthony has gone to Kickstarter to finance a doc about it and gave us an exclusive.

An extra from  “Argo” wants his name listed on IMDB.

Do extras deserve credit and pay based on how long they are on camera? Is making a documentary really the best way to handle this? How many more times do I need to say Ben Affleck for the SEO?