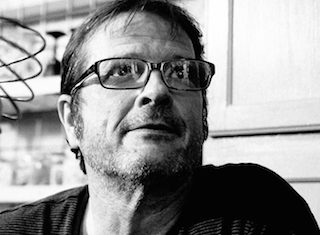 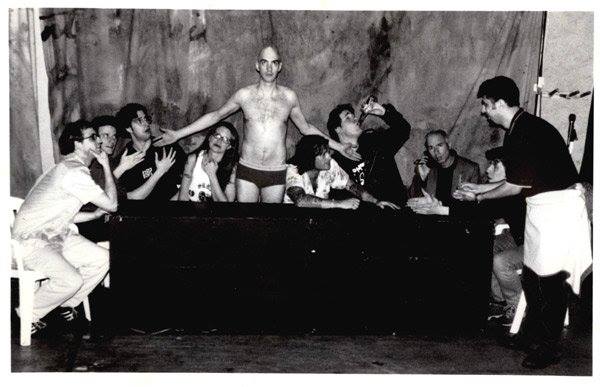 Alt comedy in New York started in a second-floor theater in downtown New York. The co-founder of “Surf Reality” talks about starting the theater that nurtured many alt-comics.

After talking to Robert Prichard about his work in “The

Toxic Avenger” we started talking about his first love, “Surf Reality.” He talks about the theater and all the famous people who started at the famed theater. Jeff Ross, Brody Stevens, Rev Jen, Marc Maron and performance artist and R.O.T.O.R. star Margaret Trigg.

Surf Reality began as a video production company that produced a series called The Movie of the Month Club, including such works as Dick and Jane Drop Acid and Die and Manic A-Go-Go.

The theater also served as the home for Faceboyz Open Mic, New York’s longest-running weekly open stage. Other acts that passed through Surf include The Upright Citizens Brigade, Todd Barry, Dave Chappelle, Maggie Estep, and Jonathan Ames. Surf Reality was noted as a venue for “alternative comedy, along with performance art and theater pieces” where “visitors have to be buzzed in through its scrap-metal door and climb up to a loftlike second-floor space” by The New York Times.

Robert Prichard, former proprietor of Surf Reality, produces various shows throughout Manhattan under the “Surf Reality Presents” brand. Most recently, Surf Reality produced 64 Paintings/64 Plays, a multimedia collaboration between playwright Timothy Braun, painter Jennilie Brewster, sound artist Tom Tenney, and animator Ashleigh Nankivell. The live performances were directed by Faceboy and were first worshopped atBowery Poetry Club in June, 2011. Robert Prichard produced and directed “64 A Vaudeville of The Mind” for the 2011 Re/Mixed Media Festival at the One Arm Red Theater in Brooklyn on Oct 22nd and again at the HERE Arts Center as part of their Spring Artists Lodge, March 15–17, 2012 in the Dorothy B. Williams Theater.

Surf Reality has a long running re-occurring show called “Radical Vaudeville” that has been credited by Webster’s On Line Dictionary with reviving the concept of vaudeville in the 21st century.