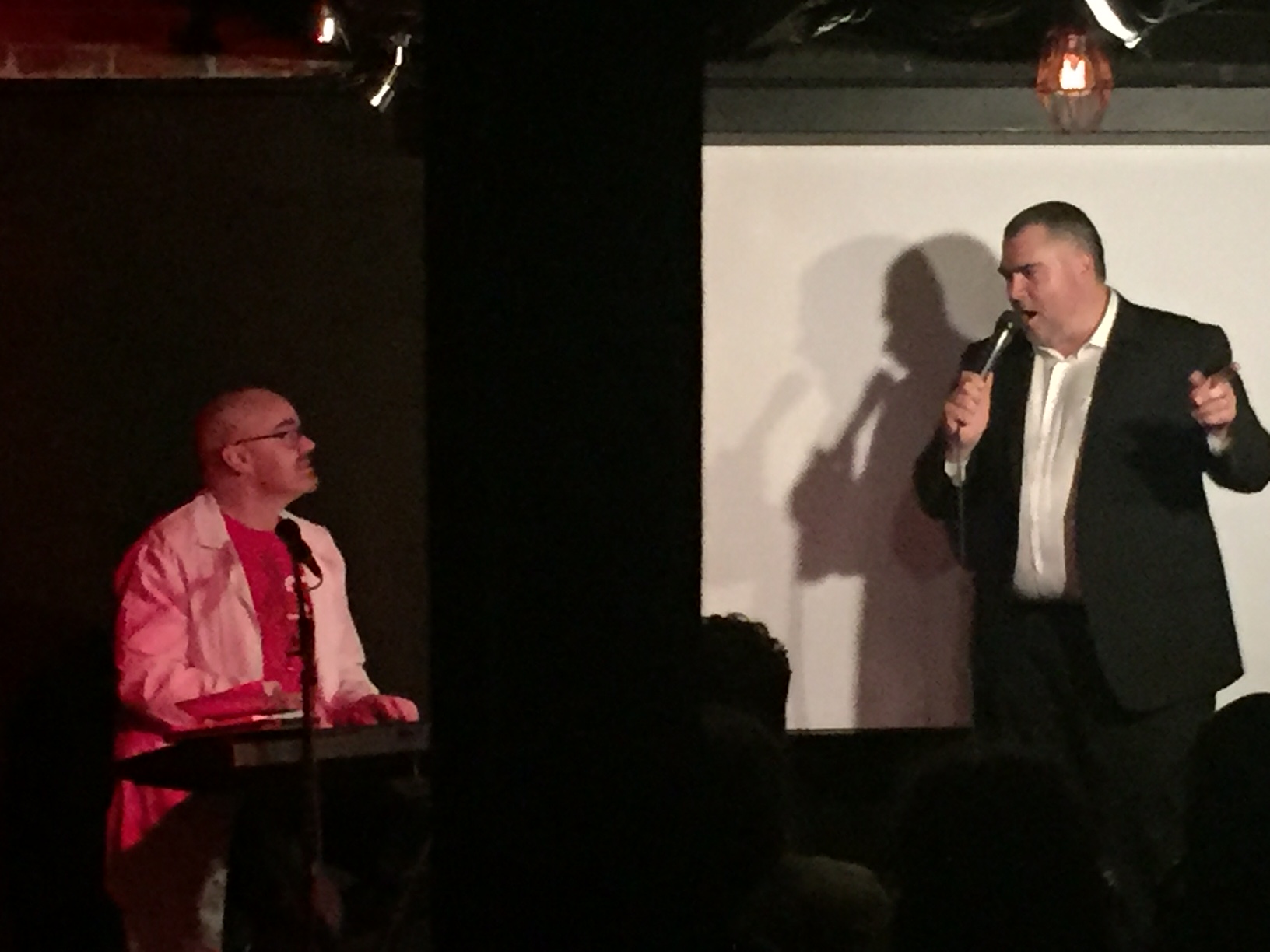 Adam Felber and Andres Du Bouchet perform their classic “tough” movie reviewers from the “website” “Ain’t Everything Cool dot Yes!” They’ve done these characters a few times over the years on the podcast. Always funny.

Here are a couple of past reviews from “Ain’t Everything Cool Dot Yes”:

**NOTE: During the discussion of Gus Van Sant’s “Elephant” Josh appears to say that the film “isn’t about anything.” This is a misleading edit. Josh was actually referring to Alan Clarke’s “Elephant,” not the Gus Van Sant film.***

Three podcasts I wait for each week. I hope you will like…

“Daytime Justice” – Sharon Houston talks to people in the strange world of daytime court shows. I worked in this genre for five years. There are a lot of great stories. Wait for the teeth episode. Also look for my interview.

“Filmweek” – Every Friday a rotating panel of reviewers review the latest releases. Great conversations. Airs earlier that day at 11 on KPCC in Los Angeles.

“Paul Goebel Show” – It’s supposed to be about TV, but it’s mostly Paul and his funny friends goofing around. Unlike every other show with three dudes talking, each person sounds different and have a different role. He gets a lot of great guests. Paul F. Tompkins, Jimmy Pardo, Janitor from “Scrubs.”

Please email me with any suggestions. I turned the comment section off because I get 1,000 spam comments to the one real one. If you have a show  or a comment about one of the shows listed, email me or comment on our facebook page.

Also remember to listen to “Proudly Resents.” This Wednesday Nicko returns with Jon Cryer is “Hiding Out.”

Andres duBouchet & Adam Felber are back reviewing the latest films, kicking butts and taking names. These two are not afraid to tell it like it is and take on big Hollywood. Read their reviews at AINTEVERYTHINGCOOL.YES.

When they are not slamming the latest blockbuster, Andres and Adam are writing for Conan and Maher respectively.

Roger Ebert is bringing film reviews and wagging thumbs back to TV. He and his wife are starting their own review show. Two other people are reviewing then there’s two corespondents and spot where Roger Ebert talks electronically.

I’m so glad this show is going to be on, even if it stinks. It will fill my “Ebert& Roper” void. I watched those guys since the show started. It was so cool. They showed long clips of movies on PBS adn these two guys would fight about them. I kept watching them through the different syndicated versions and host changes. I even watched the Ben & Ben year. this last year was really good, with a return to form with two real reviewers.

Although I think Elvis Mitchel is a soft choice, the fact that it’s a man a woman with strong film backgrounds gives me hope.

The formula is simple, two people ague about a movie. You don’t need bells and whistles, but I welcome it.

I was so invested in the show, that for years that I didn’t have TV , it was the one show I still watched. I was able to give up every other show. But I needed to see S&E.

Before Hulu, I had to find people with TV’s and talk them into watching the show with me at 6:30 or whenever it aired.  After college when I was in Brooklyn and broke “Where will I watch Siskle & Ebert tonight?” would be my first thought after scoring a free Sunday Times from my roommate.

My freshman year of college I inenvertantly started a tradition of watching the show with the strange girl across the hall. She was a goth chick who dressed right out of “Little Hose in the Prairie.” Her clothes looked homemade and she would knit when she wasn’t smoking from her huge bong, playing SKA at 11 and calling everyone phonies.

Once a week she would sit in her rocking chair while i was on the foot of her bed and the fat guy and bald guy on her black and white TV. they would talk about commercial films that she would otherwise rail against.  It was her most calming moment.

When I walked by her opened dorm room during the week she’d remind me of our standing date. I don’t know where she is now. I’d like to think that where ever she is, in a house with crazed teenagers or in an asylum after one took many acid trips, she waits for the movie review to calm her and set her up for the new week.