The Expendables: The Musical

Jonandal.com envision The Expendables: The Musical!
Music, lyrics and video editing by Jon Kaplan and Al Kaplan (Conan the Barbarian: The Musical, Off-Broadway’s Silence! The Musical).
Like us on Facebook: http://www.facebook.com/pages/Jon-and-Al-Kaplan/225331334162084
Follow us on Twitter: http://twitter.com/#!/JonandAl 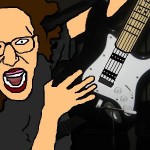 Guest reviewer! He doesn’t even know. To prepare For Wednesday’s review of “Fair Game” (Guests Maz Jobrani and Judith Benezra) I’m posting “The Bad Movie Reviewer’s” review of Cobra. Why Cobra? B/c it’s based on the same book as “Fair Game.” Yes, they made two movies out of this crap.
We also reviewed “Cobra” with Todd Levin (@toddlevin) and Peter Avellino (@PeterAPeel). 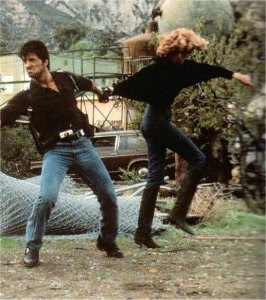 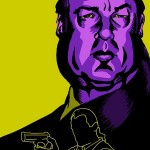 Steven Seagal is “The Glimmer Man.” Keenen Ivory Wayans is the poor guy stuck as his partner. Emmy winner Chris Regan (“Shatner Rules”) and Local Emmy loser Paul Sullivan (Sullybaseball.com) were forced to watch this movie. They are back with a full report. I walked out of this movie when it came out. And I saw it on a plane. Hello. But listener and former guest Bucky Sinister suggested the film. I’m a man of my word… but shit man… what did I ever do to you? Seriously. Jeez.

“The Gravy Man” was one of Seagal’s last chances at getting back in the movie game. His last chance to play a cop, before actually being one. 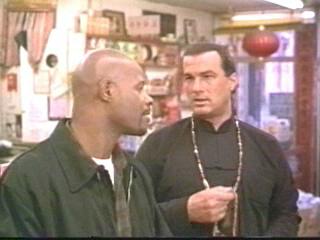 But buddy cop films are not as easy as they seem. Stalone makes throwing out cool lines look effortless and Eddie Murphy can make any temper tantrum look funny. But it doesn’t mean any Tom, Dick and Henry Jaglom can just jump in squad car.

There’s the good, the bad the ugly. “The Glimmer Man” is the bad.
Here are the past reviews of the good and the ugly. You figure out which is which.
CobraSamurai Cop

(I know I promise Chris Gore and Logan’s Run. But Chris told me he couldn’t promote it until January, so I’m going to hold it for a couple of weeks. I have some great shows in the can, including guests like Wayne Federman, Sharon Houston, Nicko, and the guys from “Story Worthy.” I’m going to record “Hard Ticket to Hawaii” with Nicko this week and try to turn it around for next week.)
Please write in your suggestions. 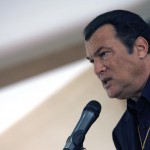 That’s the movie I want to see. But for now we will have to settle for a comparison of the standard “Threatening the big boss in a restaurant” scene. One is from this Wednesday’s feature, “Glimmer Man” and the other from past reviewed show “Samurai Cop.”
Almost the same scene.

But first, here’s the show we did on “The Glimmer Man.”

Before Stallone was nominated for playing Rocky in “Creed” and way after he won an Oscar for Rocky Stallone made this violent mess. Stallone’s  “Cobra” — “Conan” writer Todd Levin,  film expert Peter Avellino, and Adam Spiegelman (Host “Proudly Resents”) celebrate this 80’s classic.

It’s the 30th anniversary of Cobra!

Listen as Peter admits to seeing this movie last year in the theater! How many girls were there?
Be amazed when Todd says why this is Stallone’s best film!
Be Befuddled when Eric says the 80’s was the best decade.
Ask “What did he say?” When Adam gets to the mic.

“Cobra” was a blast. It’s available on iTunes, so check it out and leave a comment below.