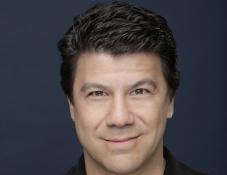 Todd Yasui: Behind the scenes of late night TV

Big time TV producer, Todd Yasui is the guest today. Todd was the Executive Producer of “Late Late Show” with Kilborne and Ferguson. He was also my boss on “The Queen Latifah Show.” It’s amazing to learn that he got his first job by cold calling the infamous Helen Kushnick of the “The Tonight Show.” Todd gets into detail about his the early chaotic days of that show. It’s the truth behind “The Late Shift.” (Ok, the book was pretty close.)

Todd is very open and frank. if you love backstage showbiz stories, this is the show for you. Todd also talks about fighting with Steven Segal and we discuss our experience dealing with Bill Cosby as the allegations began.

Check out Bonus Yasui! Todd tells us his 3 must see cult movies.