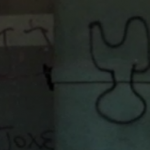 While watching “Xanadu” I noticed that they had fake graffiti that kinda looked like a penis. After catching this gaffe, I started seeing phallic symbols everywhere. Thankfully my Motorola phone has a camera in it (unfortunately it only takes film) so I could document these visions.   Enjoy the post and listen to podcast! 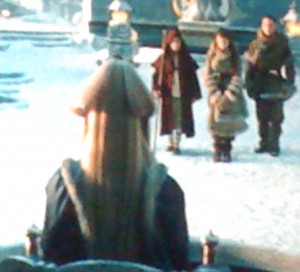 This is actually from “The Last Airbender.” Full frontal nudity in a kids film?No it’s this unfortunate hairdo.

Her hair is normally bigger, it’s just very cold outside.

“I told the barber what I told the mohel, ‘A little off the top.'”

“Does this hair cut make me look like a dick?”

This makes more sense that “The Happening.” 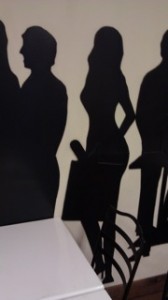 This is on the wall of a sandwich shop called “All About the Bread.”
The Place should be called, “Clutch the Pearls.”
“Send a salami to your girl in the army.”
The woman is man, baby!
Note to the guy in front of her: “Do not stop short.” 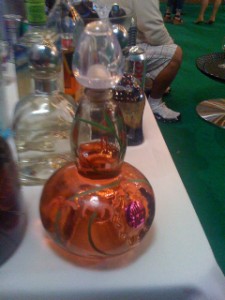 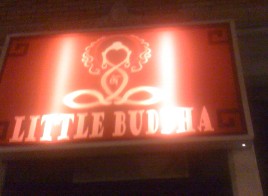 t’s a boutique on Melrose in Hollywood.

Does everyone name theirs?

Is that Marvin the Martian?

They sell maternity dresses (they don’t). 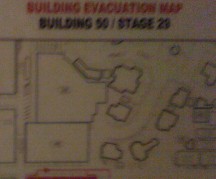 In case of a fire, do not panic or giggle.

Submit your own picture or comment. I’ll have more later in the week. I did try to send some of these to that blog that shows these types of pictures, but they didn’t put them up. It’s been 7 months. I assume they won’t.

One Reply to “Not a Cigar?”