Boo! Every Monday, we present three podcasts you might not know about. Try them out. Tell me what you think.

In honor of Halloween, we feature three podcasts that are no longer making new episodes, but you can still find them on itunes. They are now dead. DEAD!

Things We Did Before Reality –This show is more of a zombie. About once a year a new episode will may show up. It’s comedian Will Franken’s show from top to bottom. He writes, records and plays all the characters. The show feels like a one man Monty Python mixed with a strange dream. Look at the shows as a double comedy album. 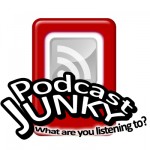 Podcast Junky – sadly, like most junkies this one end up strung out. Megan ran this show with passion and love for the new media. But alas, a full time job and kids took her free time. I feel ya sista. But luckily her hard work and passion lives on on itunes. She features shows you would never, I mean never heard of. Need more proof, check out this episode about a podcast that interviews Thomas Jefferson about the ways of the world. This TJ show has over 800 episodes. Top that!

Retro Radio Live – For almost two years Eric “Danger” Nyenhuis and Marilyn Ghigliotti (“Clerks”) hosted a nightly interview show from their dining room. They interview D-listers and has-beens. If they wore tights or was killed on Star Trek they were in the living room and on the show. There’s a great audience for old times. According to it’s host Eric, the show was one of the most popular shows on the internet.  I recommend going to the website and looking up the interviews and see who you remember fondly and want to hear talk about themselves.  Kevin Sorbo, Boogie, Boom Boom Washington, not Tom Hanks from “Bosom Buddies” and many more.

Eventually the show went from nightly, to every other nightly to not at all. Full disclosure, you can hear me on a couple of shows. Not being interviewed…you would’ve had to have done something first.
BONUS: 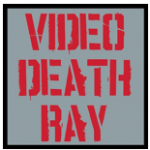 Video Death Ray – It’s always said when a fellow bad movie podcaster bites the dust. He was one of us! ONE OF US! Gilly did a fun show (I was on once talking about “Free Jack”) (Wait, you don’t think… was it… can’t be… Me?) (I can’t remember. I did the show, told some jokes, went to bed and … and when I woke up… it was gone!)

Have  no fear, the podcast may be gone, but the blog is alive and kicking. Plus if you need a bad movie podcast  just look to the right of this page where it says “Bad Movie Podcasts.”

Or wait until this Wednesday. My guest will be one of the actors from “The Blair Witch Project,” My pal Mike Williams. Find out some never before revealed secrets about the film and what the actor is up to now.