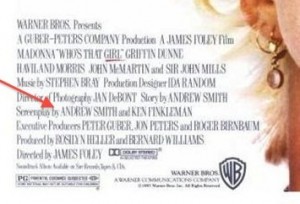 Andrew Smith has written for Newhart, Merv, Barbara and even Madonna. Andrew talks about what it was like to write what he thought was his best work only to watch it turn into “Who’s That Girl?” Also, what’s it like to write on the View and how to write a joke.

Andrew also wrote for SNL and the Barbara Steisand classic “The Main Event.” Andrew talks about both projects in a future show.

One thought on ““Who’s That Girl?” Sreenwriter Andrew Smith”