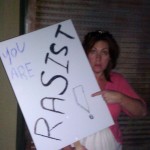 Nicko is back w/ “Night Train to Terror!” Bull from “Night Court” stars in this clunky classic. Listen when Nicko once again tries to tell me that guy from “Shark Attack 3” is famous. Find out why she is doing the show under a net.

See the movie live In Los Angeles with an audience! Heckle all you want!

7 thoughts on “Nicko Crashes the “Night Train to Terror””