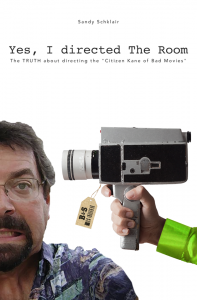 Sandy Schklair wrote the book, “Yes, I Directed The Room” to let you know just that. I interviewed the script supervisor and controversial director in his home about what it was like to see his life on the big screen in the new James Franco movie, “The Disaster Artist” and being played by a movie star, Seth Rogan. Sandy explains why he feels he directed the film, why he deserves credit and what that means to him. He also clears up some discrepancies in the movie “The Disaster Artist.”

Sandy Schklair also tells some great behind the scenes stories including the origin of the spoon. Check out lots more in Sandy’s book, “Yes, I directed the Room.”

I want to thank Sandy and Dina for doing the interview and Rick Harper and Alexandre Royal Pelletier
for setting it up. Well, what do you think? Did Sandy direct the movie and if so, so what? What did you think of The Disaster Artist.

This is the second interview I did with Sandy. Listen to it to see some contradictions.

Let me know what you think – @proudlyresents on Twitter or email me at Reachadam@mac.com.

Newcomers review of The Room: 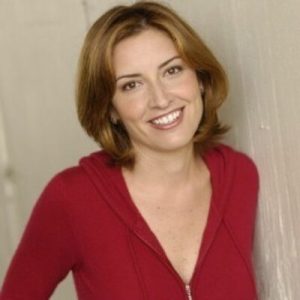 Before you go – Quick question – do you wear shirts? Sure we all do. But why not wear cool, fun, funny shirts from the leader in cool shirts, busted Tees. Get great The Room, Star Wars or just something awesome. This isn’t just a public service announcement about keeping warm – every shirt you buy – this podcast gets a keep back!

Like Loading...
Robyn Paris From “The Room” Tells All
“Samurai Cop” Matt Hannon: The Next Tommy Wiseau?