In this interview,” The Room” actress Robyn Paris, opens up about shooting the worst film ever, the awkward premiere and Tommy’s abusive behavior. Robyn claims that director Tommy Wiseau has actively gone out of his way to stop the former stars of his film from profiting from their “The Room” fame.”The Disaster Artist” could not tell everyone’s story of filming “The Room.” Here’s Robyn Paris’ story.

After the second actress playing “Lisa” was fired, Tommy 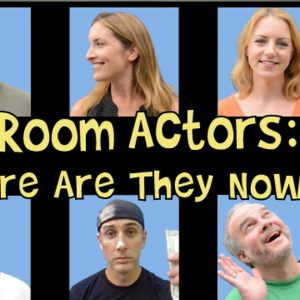 Wiseau promoted Juliette Danielle from a smaller part to the female lead. So Robyn Paris got a frantic phone call from Greg Sestero asking how soon she could be on set.

Robyn Paris had less than an hour to get on set, learn her lines and start shooting her infamous role as Michelle, a.k.a. “Chocolate Girl.”  Almost 10 years later the movie has gone mainstream and Robyn has launched a career as a writer/director.

Robyn has been able to turn her turn as Michele into a career as a filmmaker. The actress has written and directed the “Funny or Die” web series, “The Room Actors: Where Are They Now? A Mockumentary.”

More “The Room” interviews below:

Newcomers review of The Room:

The man who writes “The Room” fan fiction & his version of the prequel.